The 8 Best Delis in Massachusetts! 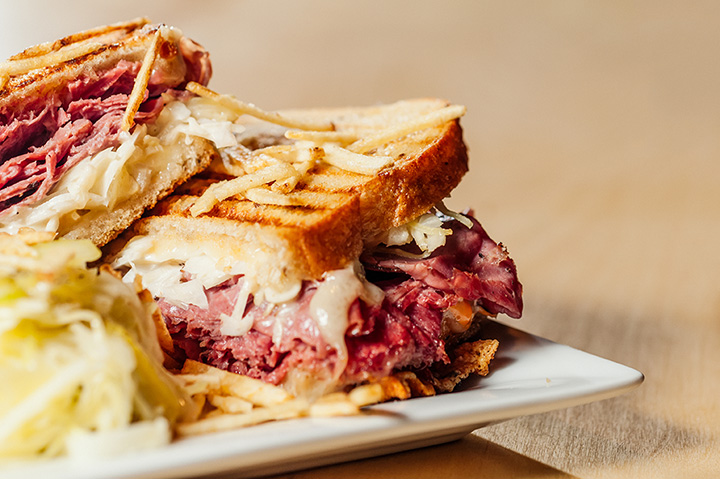 Whether you’re looking for a classic Rueben on rye, or something hot with hand-breaded chicken on fresh Italian bread, Massachusetts’ top-notch delis have it all. From authentic Italian spots to Jewish eateries, you’ll find only the real deal at these 8 best delis in the state!

A classic deli, Mamaleh’s is a re-imagined version of a traditional Jewish sandwich shop. “Mamaleh” is a term of endearment for a child. Visit the deli and enjoy some of the scrumptious fixings from your childhood.

Serving breakfast, lunch and dinner, A-1 Deli, Inc. isn’t particularly traditional, but the food is fabulous just the same. Enjoy a veal cutlet sandwich, hand breaded chicken tenders, deli and hot sandwiches and more. Breakfast at A-1 is sublime.

The food is made up of traditional Jewish deli staples, but it’s served in a contemporary atmosphere. Zaftigs Delicatessen affords customers the best of both worlds. Try a mixed pickle plate with your sandwich, and be sure to have some potato salad.

If you’ve never eaten at an Italian deli, you really must check out Milano’s Delicatessen. Enjoy an Italian cold cut sub or a wrap made from imported prosciutto for lunch. Indulge in eggplant parmigiana for dinner. Just be certain to give this variation on traditional Kosher delis a try.

If you don’t mind taking your deli delights to go, visit Levine’s Kosher Meat Market and enjoy a hot pastrami on rye with some kugel for dessert. Check out their platters and catering plans for your next party or event. Your guests will be thrilled.

A traditional New York deli, Kugel’s Deli is known for their whitefish salad and Noodle Kugel. They also serve breakfast all day long. Be sure to try their challah French toast.

Featuring Jewish deli fixings for 40 years, Michael’s Deli has been lauded in several well-known publications including Boston Magazine, the Boston Globe and the Improper Bostonian, to name just a few. They’ve also been featured on TV on “Phantom Gourmet” and Anthony Bourdain’s “No Reservations.” Their sandwiches are delicious—and huge!

Serving up giant sandwiches on freshly baked bread, Benedetti’s Deli is a family operation. Home of the “Rocket,” they specialize in excellent combinations of meats and cheeses that are sliced in house every day.