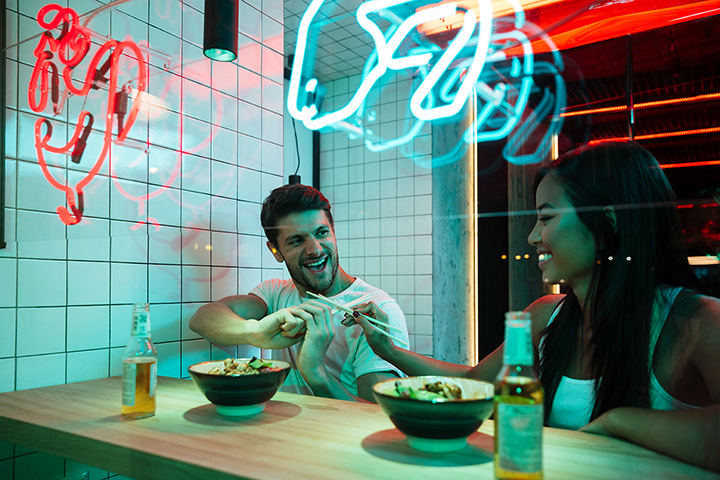 You’ve been cramming for finals and suddenly realize you’re hungry. It’s late at night, however. What’s a starving student to do? The options surrounding UMass Amherst are affordable and delicious. Check out the following awesome late night food spots.

Whether it’s a slice of pizza you’re craving or you’d prefer the whole pie, Antonio’s Pizza by the Slice is the perfect place to grab a late-night meal. Open until 2 a.m., they’re also known for their exceptional service.

One of the highlights of having to go back and forth and back and forth from packing up mom's apartment in South Hadley to visiting her in Amherst: Antonio's Pizza. Being hungry never tasted so good. @wgardner11 @youpetthatdog

Open ‘til 11 p.m. on Fridays and Saturdays, and featuring local delivery (yes, to the University of Massachusetts-Amherst), Ginger Garden is known for its delicious Chinese and Japanese dishes. They have an excellent sushi bar as well.

OK, so 9 p.m. may not be late to everyone, but it is if you’ve gotten up for an 8 a.m. class. That said, check out Pasta E Basta for some affordable hearty Italian food. In addition to pasta, they have a great selection of hearty subs. They’re open until 10 p.m. on Friday and Saturday nights.

Featuring exceptional wings, as well as ribs, sandwiches and wraps, Wings Over is perfect for late night eats. Open until 1 a.m. Sunday through Thursday, they’re open extra late—2:30 a.m., on Fridays and Saturdays.

Open until 1 a.m., the Harp Irish Pub serves up a variety of late night food options. Take your meal to go or eat at the bar—if you’re old enough.

Pan Seared Scallop special we had running this weekend. Come check out whats going on in the kitchen these days! #foodporn #goodfood #foodie #amherst #westernmass

Located just one town over from Amherst, the kitchen at Fitzwilly’s is open until midnight seven days a week. Check out the seafood, steaks, subs, sandwiches, burgers and more, just a few minutes from campus.

Johnny’s Tavern using only organic produce and many of their ingredients are locally sourced. That means college kids will eat healthy when looking for a late-night meal. Even though their entrees are particularly nice on a college student’s wallet, their flatbreads and sandwiches are tasty and affordable.

When it’s a quesadilla or tacos you’re craving, visit Bueno Y Sano for the best around. Down load their order app and skip the line when taking your food to go. This allows even more time for studying!

In ques(adilla) you get hungry