The Perfect Fourth of July in Massachusetts 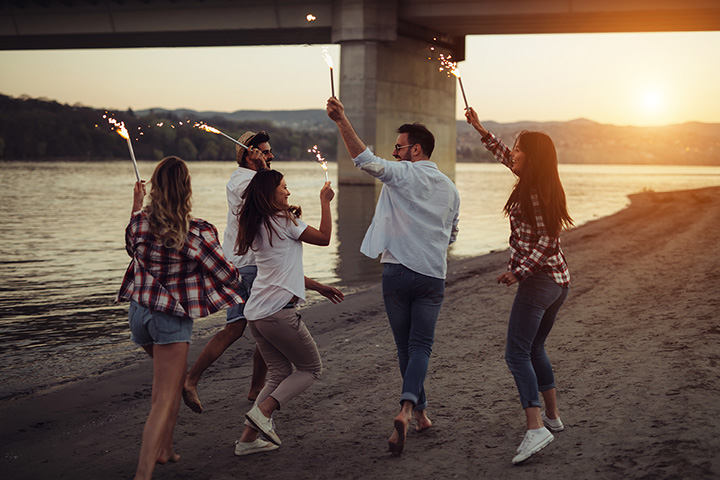 The Fourth of July is cause for huge celebrations, and there’s nowhere quite like Massachusetts to celebrate it. Since many of the actions leading to our country’s birth took part in Massachusetts, it’s likely the best place in the country to celebrate. Whether you’re seeking out music, a parade, or good food in honor of the Fourth of July, you’ll find it—and more—in the Bay State. Here are some of 2019's best events.

Located on Boston’s Esplanade, the Boston Pops Fireworks Spectacular features music and fireworks, and is an exciting Fourth of July tradition. Those who can’t attend this Fourth of July extravaganza often plan their holiday festivities accordingly, so they can watch it on TV.

This July 4, families will have a ball at Sturbridge Village. Their Independence Day program includes marching with the militia, playing baseball a la 19th century, the firing of a canon, and more. There will be a naturalization ceremony for several people, during and after which the Village Singers will regale everyone with patriotic songs. There’s lots of Independence Day spirit at Sturbridge Village. Families will have lots of fun and learn a lot, too.

Located on the waterfront and held from 6-10 p.m. on July 4, Star Spangled Springfield will kick off. Fireworks will be set off at 9:30 p.m. You can catch a great view of the extravagant fireworks at Blunt Park; make sure to get there early enough to find a spot to lay out a blanket or lawn chairs. Leave your furry friends at home, fireworks and pets are like oil and water!

Celebrating the Fourth of July on Nantucket Island is akin to going back several decades in time. A feeling of old fashioned family fun fills the air. Fireworks will burst into the night skies on July 5 at 9 p.m. on Jetties Beach. On July 4 Main Street Activities—starting at 9 a.m., kick off with a Reading of the Declaration of Independence. At 10 a.m., festivities on Main Street begin, including: a dunk tank, watermelon eating contest, pie eating contest, and more. A bike decorating contest is held at 11 a.m. Children’s Beach activities include a variety of races, tug of war, and balloon animals. At 6 p.m., the Nantucket Music Chorus Jazz Band will perform at the bandstand.

Located downtown, Salem Celebrates the Fourth includes live music and lots of family-friendly fun for both adults and children. It culminates in the evening with an elaborate firework display.

Visit Pepperell for their Fourth of July celebration. Small Town: Big Bang will take place at the Community Center and will include a parade, music, food trucks, and a barbecue. In addition, there will be singing and dancing, and fireworks at dusk.

The Fourth of July celebration in Plymouth has something for everybody. The festivities that occur on July 4 begins with the classic “America's Home Town Parade” that kicks off at 9:30 a.m. A waterfront concert featuring patriotic songs starts at 7:30 p.m., followed by fireworks that begin at 9:15.

Scheduled for July 3, Weymouth’s Fourth of July Celebration takes place at George Lane Beach in North Weymouth. It features live music, an array of food and craft vendors, and inflatables for kids, and an overall festive ambiance. The fireworks are scheduled for 9:30 p.m.

View more Massachusetts July 4th Fireworks and Celebrations.
Select a Massachusetts town to find
the Best Things-To-Do and Places To Go around you