The 8 Best BBQ Joints in Massachusetts! 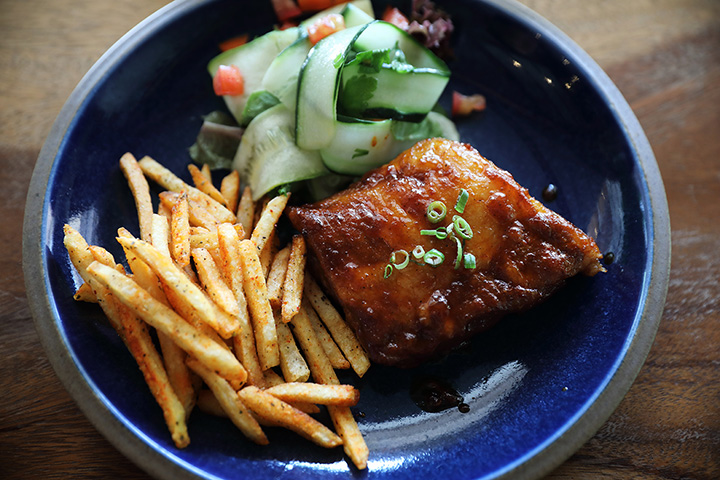 Who says you only get good barbecue in the South? No one in Massachusetts says it—especially since there are some excellent barbecue joints in the Bay State. Check out the following options—they’re the 8 best in the Commonwealth.

Featuring Texas-style barbecue, including pulled pork and brisket, Larry J’s BBQ Café is a city staple. Be sure to check out the baked beans as one of your hearty sides to make your southern barbecue meal complete.

Even though the restaurant is tiny, Blackstrap BBQ packs a mighty punch. Their slow-cooked meats and tasty sides are popular with locals, but people come from all around the Bay State to enjoy the southern-style cuisine. They’re referred to as the “home of the hog” for their tangy pulled pork.

The tagline at Theodore’s is “Booze, Blues & BBQ,” and they excel at all three. The pulled pork, brisket, chicken and sides are akin to dishes served in a southern smokehouse.

The food at Sweet Cheeks Q is plentiful and the options are, too. Choose a tray for one or take a big tray home to feed your family. Either way, the brisket, pulled pork, chicken, and ribs are flavorful and hearty. Guests are seated family style. After all, isn’t that how real barbecue is served?

The Barbecue Mac & Cheese at Smokestack Urban Barbecue is loaded with pork, chicken, and beef, and flavored with their own authentic barbecue sauce. In addition, their Brisket Stack makes a hearty sandwich, especially when enjoyed with their deep-fried pickles.

You’ll be hard pressed to find better barbecue ribs than those served at Redbone’s Barbecue. Featuring both St. Louis and Memphis style ribs, you’ll be in hog heaven—especially when pairing them with their hand cut French fries.

Featuring their own sauce in three flavors, Tennessee’s Real BBQ serves up their barbecue “real fast.” Every entrée comes with homemade cornbread and tasty sides. Keep them in mind for your catering needs, too.

Featuring authentic southern barbecue, Mill City BBQ and Brew has brought slow cooked meats and all the fixings to Lowell. If ribs or brisket aren’t your thing, try their delicious chicken and waffles.